For what reasons will you be issued with a parking fine?

These days, unless you own an electric buggy, you'll need a hefty slice of good fortune and a lot of patience to find a parking space in central Paris. That's why so many drivers are tempted to park illegally in an inappropriate space.
Parking fines are issued for a range of different offences. They include failure to comply with paid parking rules, parking on the wrong side of the road, failure to display a valid parking ticket, parking on a pedestrian lane or bus lane, parking in a designated loading area, or stopping and parking facing oncoming traffic.

The introduction of electronic systems...

...and a growing number of minor offences issued

With this new system, enforcement officers have increased their productivity by 10%.
The ANTAI (national offence processing agency) expects the number of offence notices issued to reach 35 million by 2015 (compared with 22 million in 2010).

How much will you be fined for parking offences?

While the non-payment fraud is estimated at 300 million euros of losses per year, the city council of Paris has made the decision to increase the rates of parking fines which today amount to at least 35 € since the 1st January of 2018.

Indeed, drivers that forget to pay for on street parking are subject to a fine of € 50 if they are parked in the center of Paris (from 1 to 11th district) and 35 € in peripheral districts (12th to 20th district).

In addition to these tariff developments, the introduction of radar cars equipped with cameras capable of automatically detecting vehicles that have not paid for their parking. 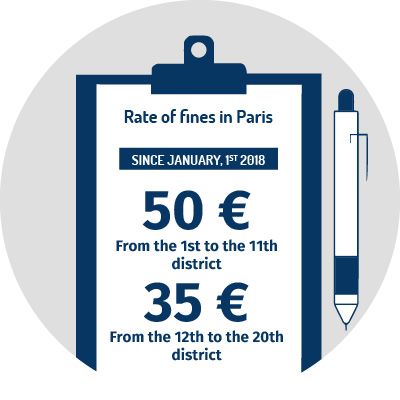 Previously limited to two hours, road parking has been permitted since January 2018 until six hours on the same site. 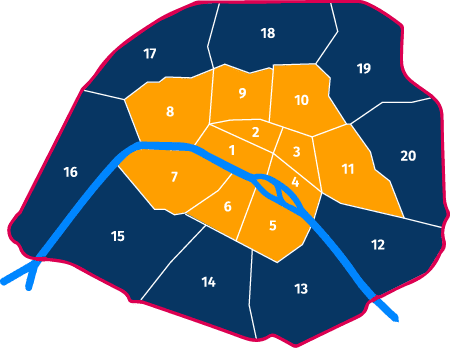 Find out everything you need to know about parking in Paris, including fines. Do you need to book a space? We offer online booking as well as monthly car parks. Are you looking for a car park near public transport links? We also have park-and-ride car parks located near metro stations and bus and tram stops. We also operate car parks close to Paris' museums, such as Musée du Louvre and Notre-Dame Cathedral. Contact us for more information or to book your space.